I bought a new camera, a digital SLR.

Follow me as I discover the (meaningful?) differences between an SLR and a compact, as I experience the unreliability of high-end digital products, as I suffer from the desire of camera manufacturers to limit what we can do with our photographs ("prevents us from using non-bona-fide software").

I had a few problems with it. 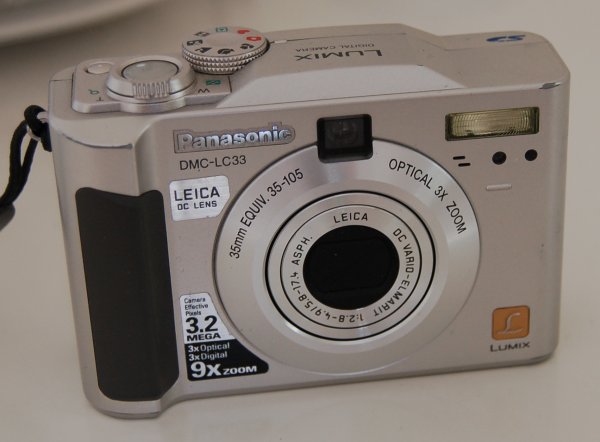 You would guess that since you can connect it to a computer, you can also use the computer to control the camera, in a much finer way than with the trigger, mode dial and the menus -- well, you would be wrong.

For the computer, the camera can only be seen as a USB mass storage device. Camera manufacturers do not see any market in this direction -- and the less information, the less possibilities their customers have, the better they feel. Strange, for an artistic device.

As with most compacts, all you can hope for is that the camera will understand the nature of the photograph you are trying to take and choose the best aperture and shutter speed. However, all the programs try to take the lowest aperture possible, so as to have the largest depth of field. If you want the subject to stand out of the background, you cannot rely on the camera, you will have to alter the image later, on the computer -- with all the detouring problems you can imagine -- I am extremely clumsy at detouring images...

In some scenes you might want to photograph (say, a tree with a bit of sky in the background), there might be bright areas and dark areas. With a film, you can get details in both, with an 8-bit digital camera, you cannot. Eight bits are not sufficient to get all the details you could want.

If you know that the camera will over- or under- expose a given image, you can ask the camera to correct for this -- but you have to do that through the menus -- it is so cumbersome that I actually never did it.

Everything is not negative, however: I really appreciate the small size of this camera -- it even fits in a jeans pocket. 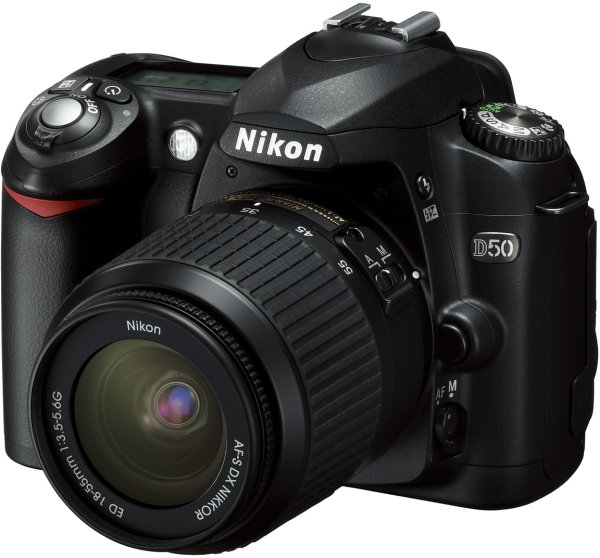 A compact camera is a camera in which the view finder uses a separate lens. As a result, you cannot really assess what will be in your field of view. On a more professionnal side note, this does not allow you to easily change the lens -- indeed, you would have to change two lenses, the one in the viewfinder and the main one.

On the other hand, an SLR (Single Lens Reflex) uses a single lens for both the viewfinder and to take the pictures. It uses this by the means of a mirror that diverts the light from the film towards the viewfinder -- and it passes through a "pentaprism" to put the light rays back in the right direction. When you take a photograph, the mirror is lifted -- this is the mechanical noise you hear when you press the shutter-release button. This design is more complex, and thus leads to heavier and bulkier cameras, but allows you to fine-tune the composition and to easily change the lens.

Did this situation change with the advent of digital cameras?

It did not, but I really think it should have.

Indeed, the main advantage of SLRs, presenting the same image in the viewfinder and in the final picture, is disappearing: with digital cameras, people less and less use the view finder, they just use the LCD screen at the back of the camera. Some compact digital cameras have even lost their viewfinder!

The supremacy of SLRs over compacts is just a legacy of the past: we could see, in the future, compact cameras with interchangeable lenses. Or, equivalently, SLRs with no pentaprism -- they would be even smaller!

After a few hours, I noticed a spot on all the pictures -- but it is only visible on a uniform background, e.g., the sky.

After a few weeks, a second spot appeared besides this one.

After a few months, the AF motor of the lens more or less stopped working: it can go from infinity to a closer object, but not in the other direction. It actually happened twice. The first time, I was on holiday, I was expecting to take a lot of pictures, but the camera seemed broken -- unexplicably, when I went back to the hotel, it was working again. The second time was a few weeks ago, and it still seems broken.

After a few months, I received an email telling me that there was a defect in some battery batches, that could damage the charger or other electric appliances (but only when charging the battery), and that offered me to send it back. 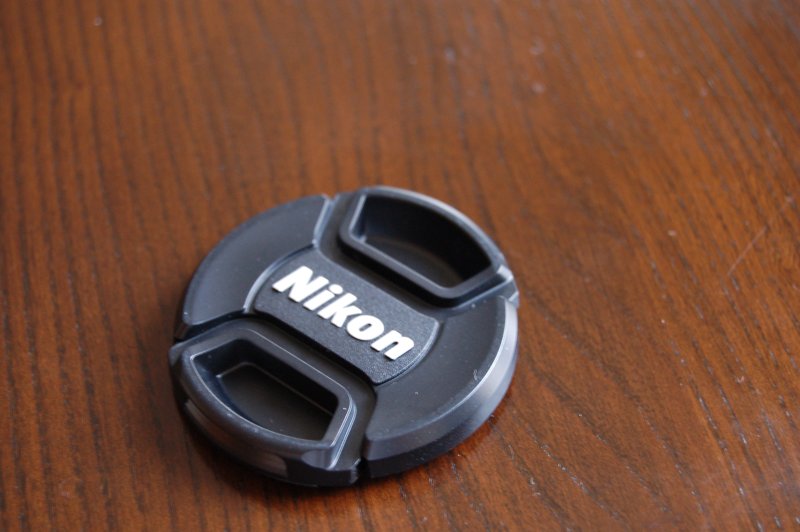 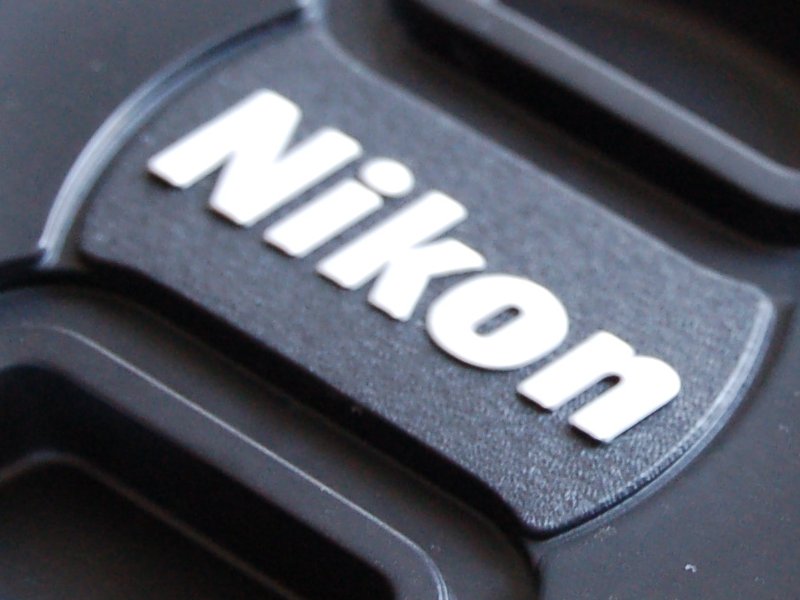 Most of the time, the photos are fine. 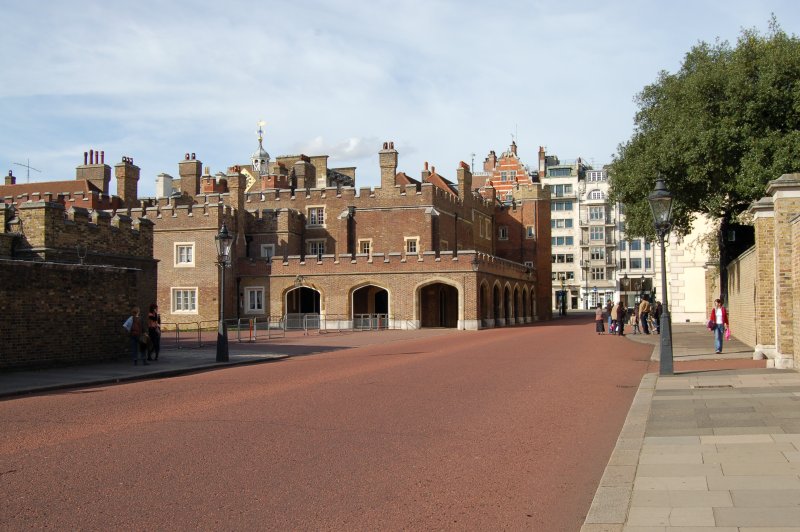 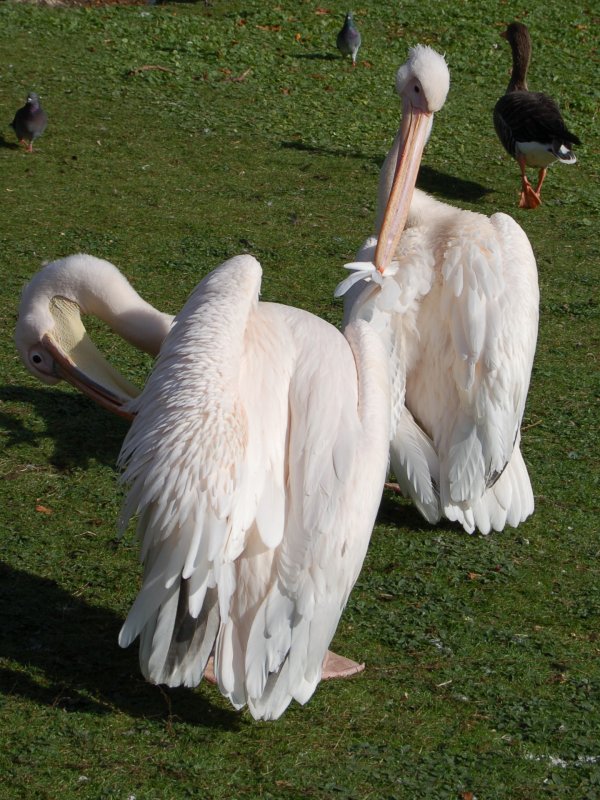 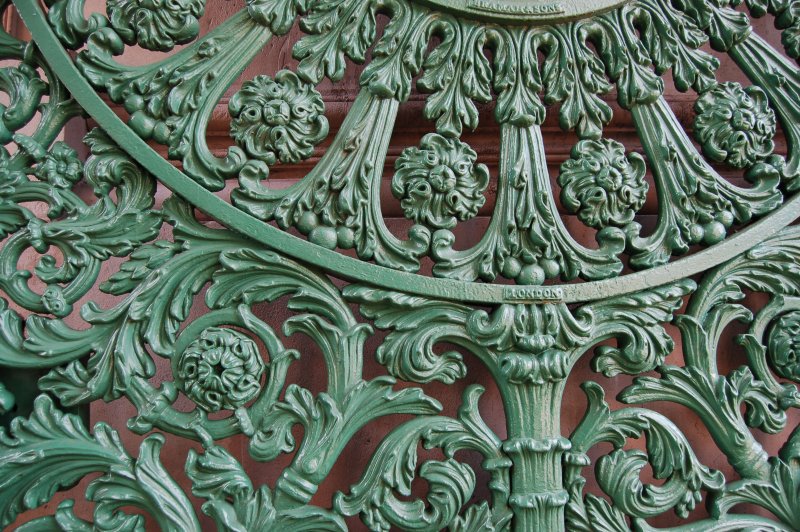 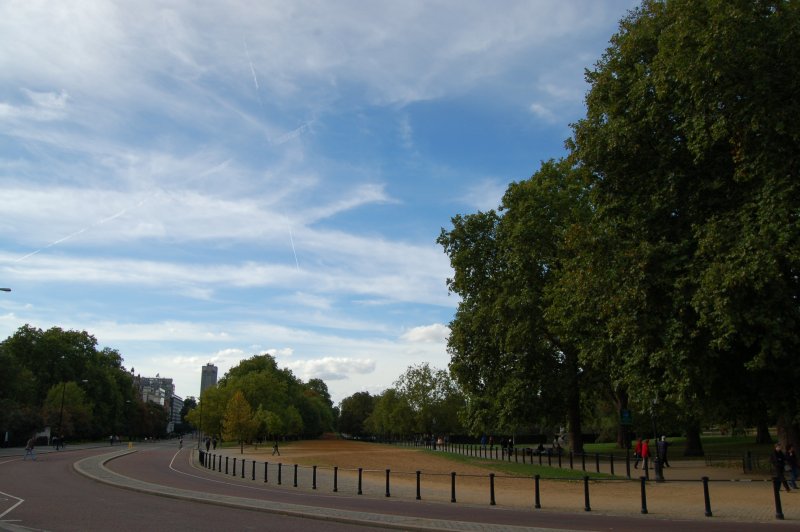 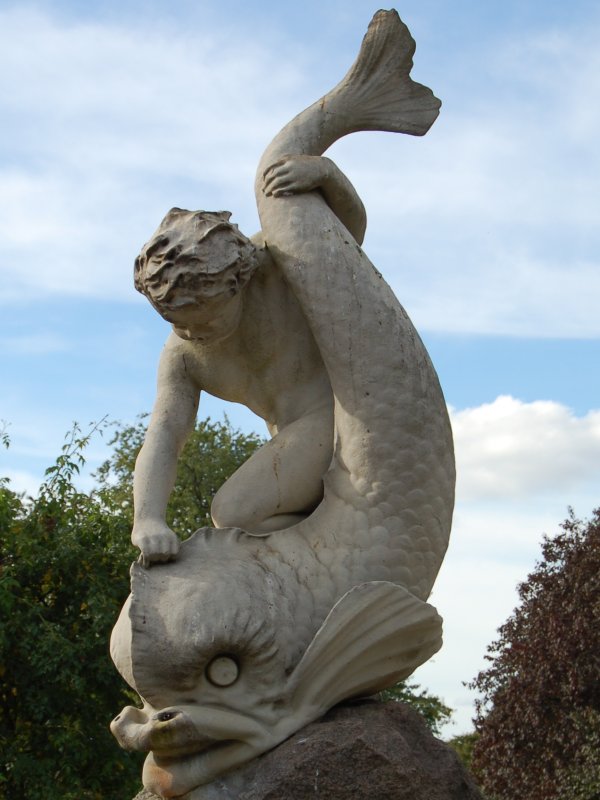 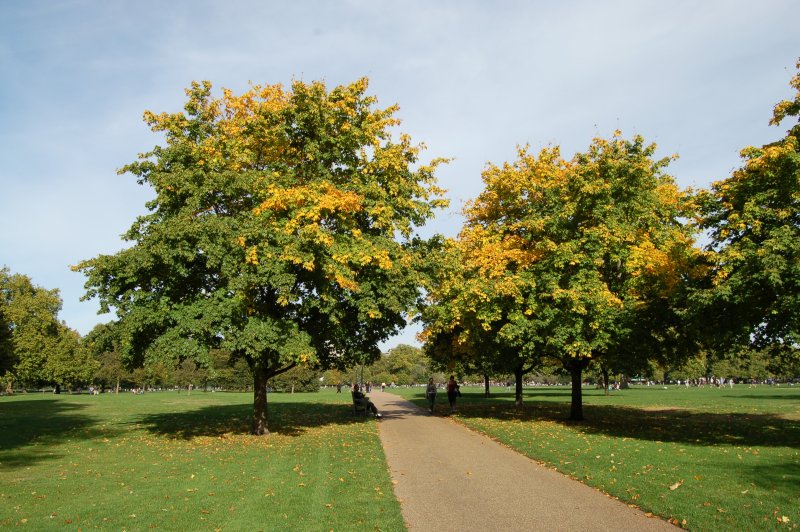 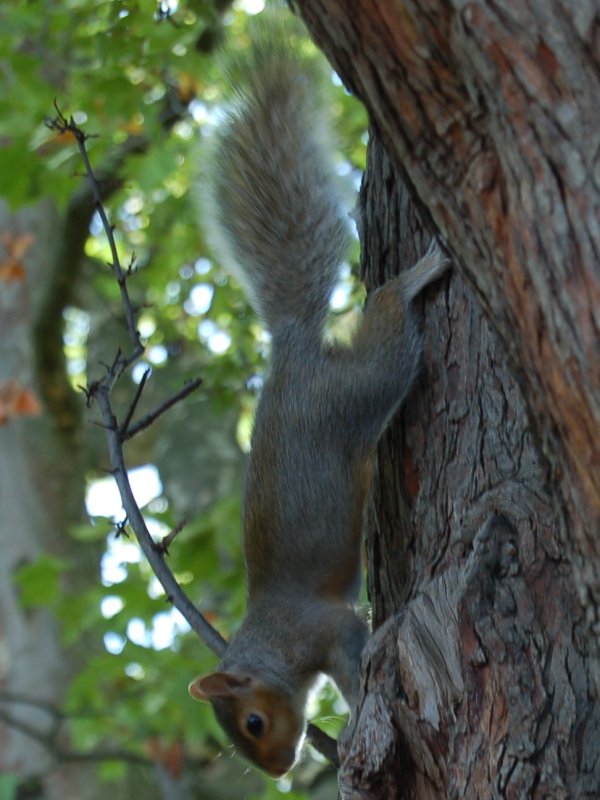 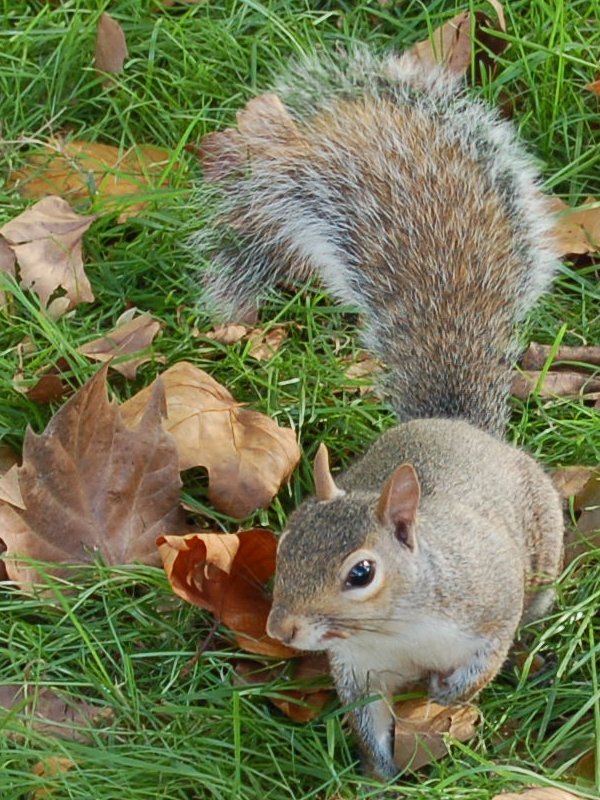 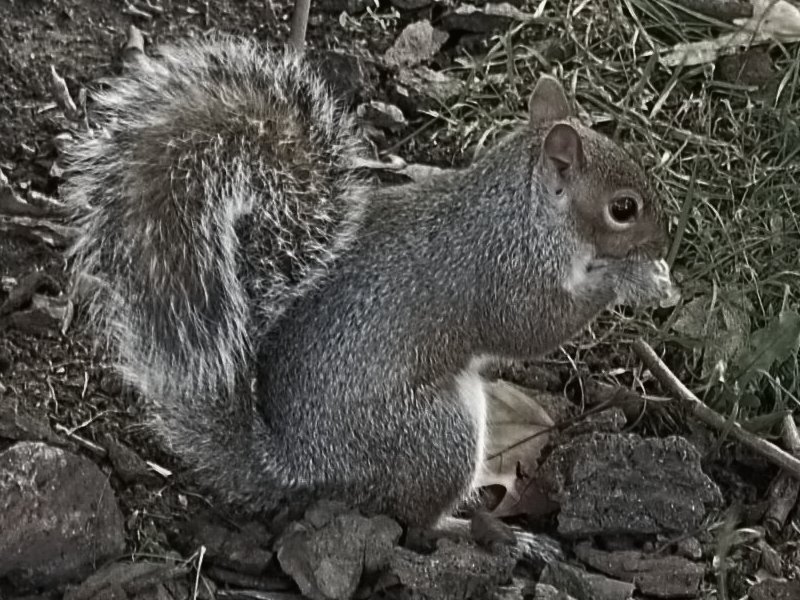 In contrast with my previous camera, I do not have to alter the images to get vivid colours -- they are already there. Well, if we insist, we can still alter the colours some more -- they will be more vivid, but less natural. 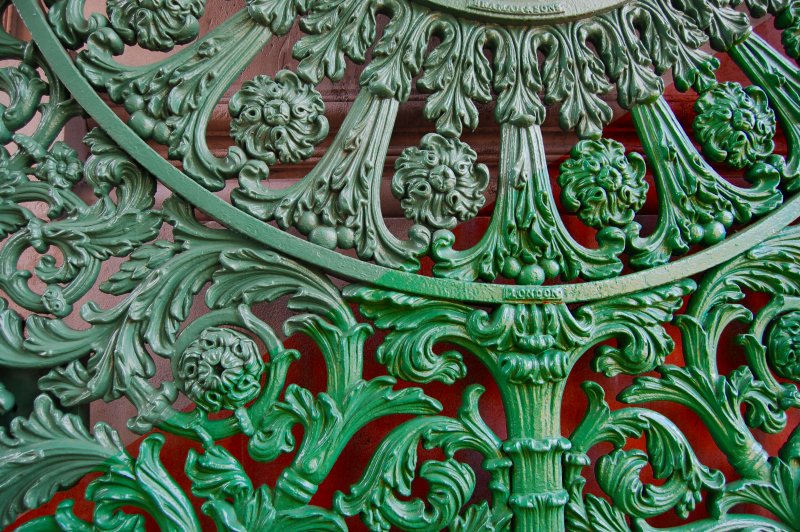 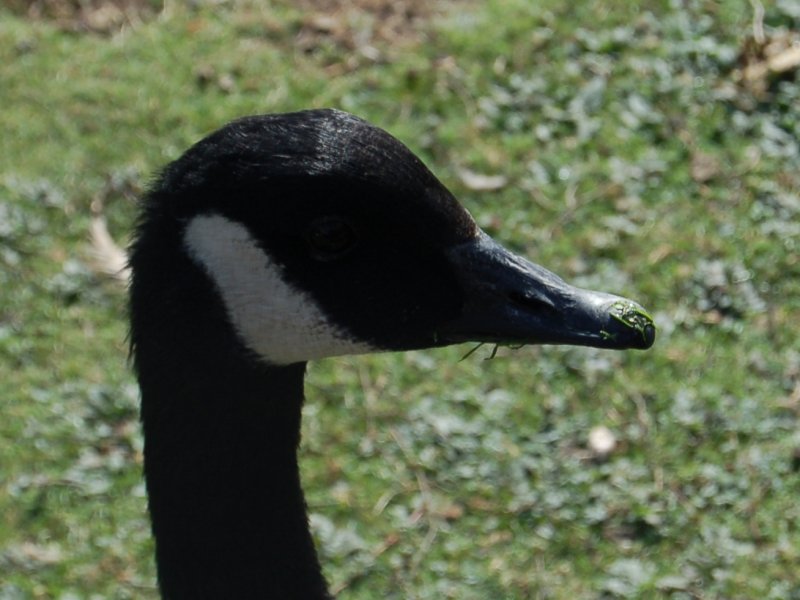 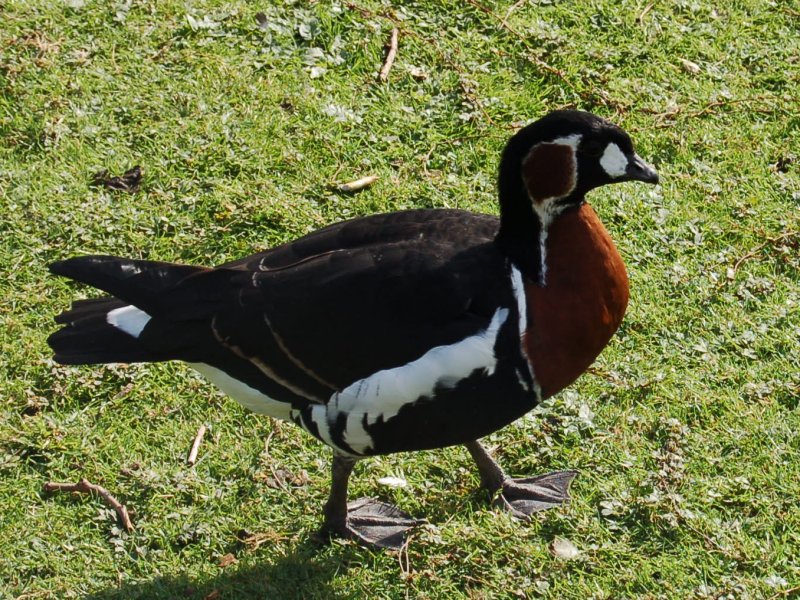 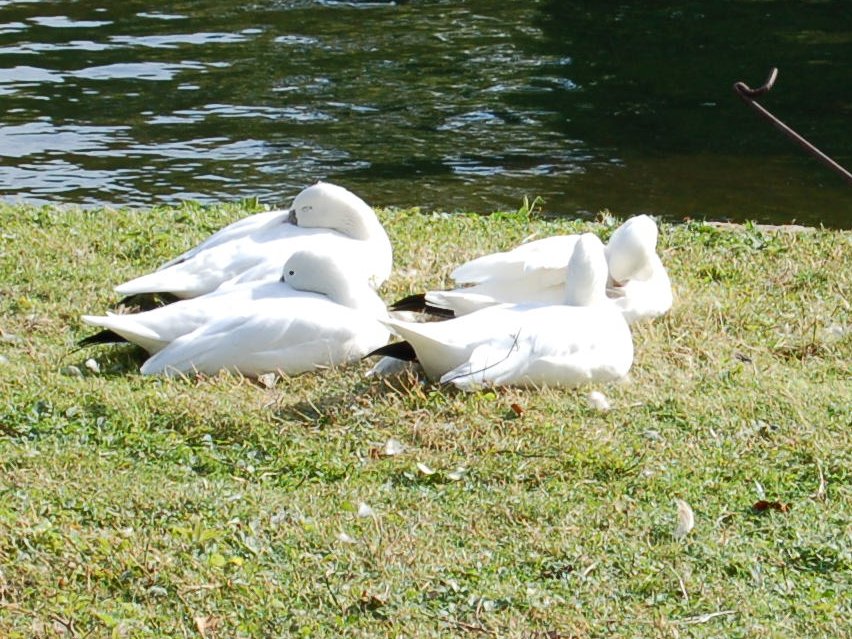 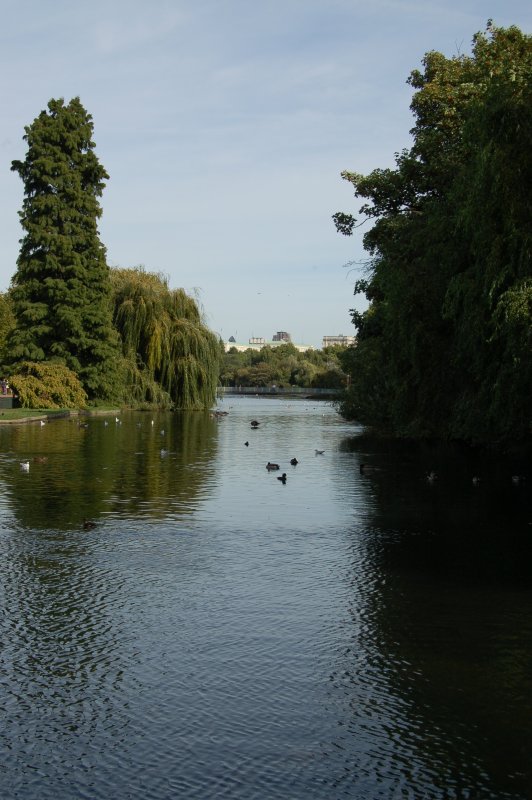 I point the camera the the sky (away from the sun), mainly blue with a few clouds, I press the shutter-release button half-way and... The camera cannot focus. Why?

I finally had to put the camera into "manual focus" mode... 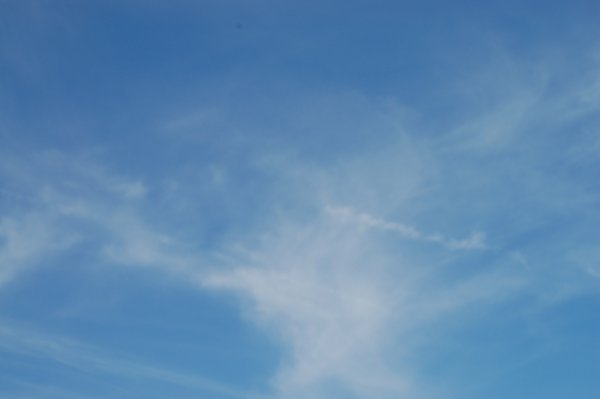 You will also note a stain on the lens (or on the sensor?), on the top of the image (I have never had that with the previous camera)...

A few weeks later, I realized there is a second stain, next to the first one...

The camera can take puctures in JPEG or "raw" format. The raw format is touted as containing more information, allowing less precise exposition and more artistic freedom than JPEG.

You might expect it to be a 16-bit image format: wrong, there are only 12 bits. Even worse, if you scour the internet for information about the raw format actually used by this camera, you realize that the 4 new bits are just half "bits": high values (bright areas) are coded with less precision (as in the a-law and mu-law compression used by phone companies in previous decades) -- this is BAD if you were counting on the RAW format to compensate for bad exposure -- I was. In the end, these are 9.5-bit images: better than 8-bit, but not the 12-bit advertised...

You might also expect this format to give you more artistic freedom: wrong guess.

Some people also advise using the raw format to archive your pictures for the decades to come. This is a VERY bad advice. If you decide to shoot in raw format, you should of course backup the raw files, because it is the file you start from. But do not expect to be able to easily read them in a few decades: indeed, this is a proprietary, undocumented format. If Nikon goes bust (yes, some big camera manufacturers do disappear), the format will no longer be supported. Even if Nikon is still there, they will see little incentive to continue to support the format 10 years after the cameras have ceased to use it -- and without their documentation, without their software, your pictures are just encrypted files.

Yes, they are encrypted.

To sum up: save (backup) your pictures exactly as they are taken (raw or JPEG), but also save (archive) them in a documented format, such as JPEG, TIFF, or the new Adobe Raw format (DNG, Digital NeGative).

I can read them (e.g., with The Gimp and the "ufraw" plugin), but the colours look strange (I do like strange colours, but I do expect the colours to be normal before I start to fiddle with them...). 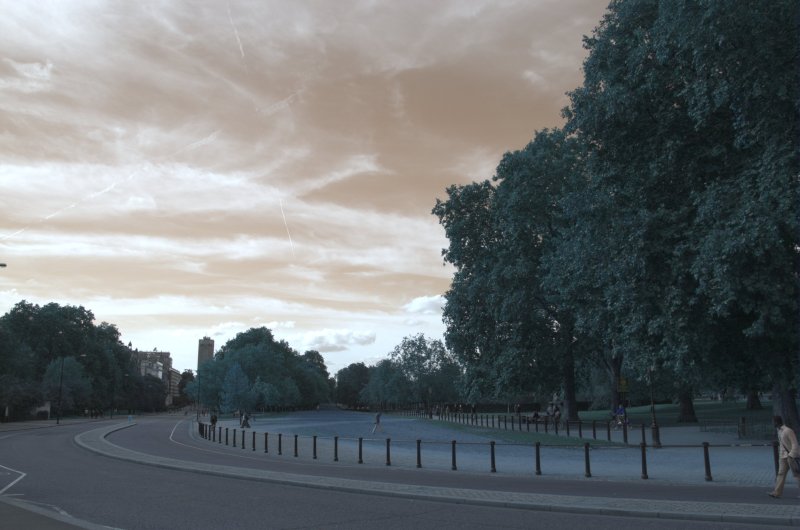 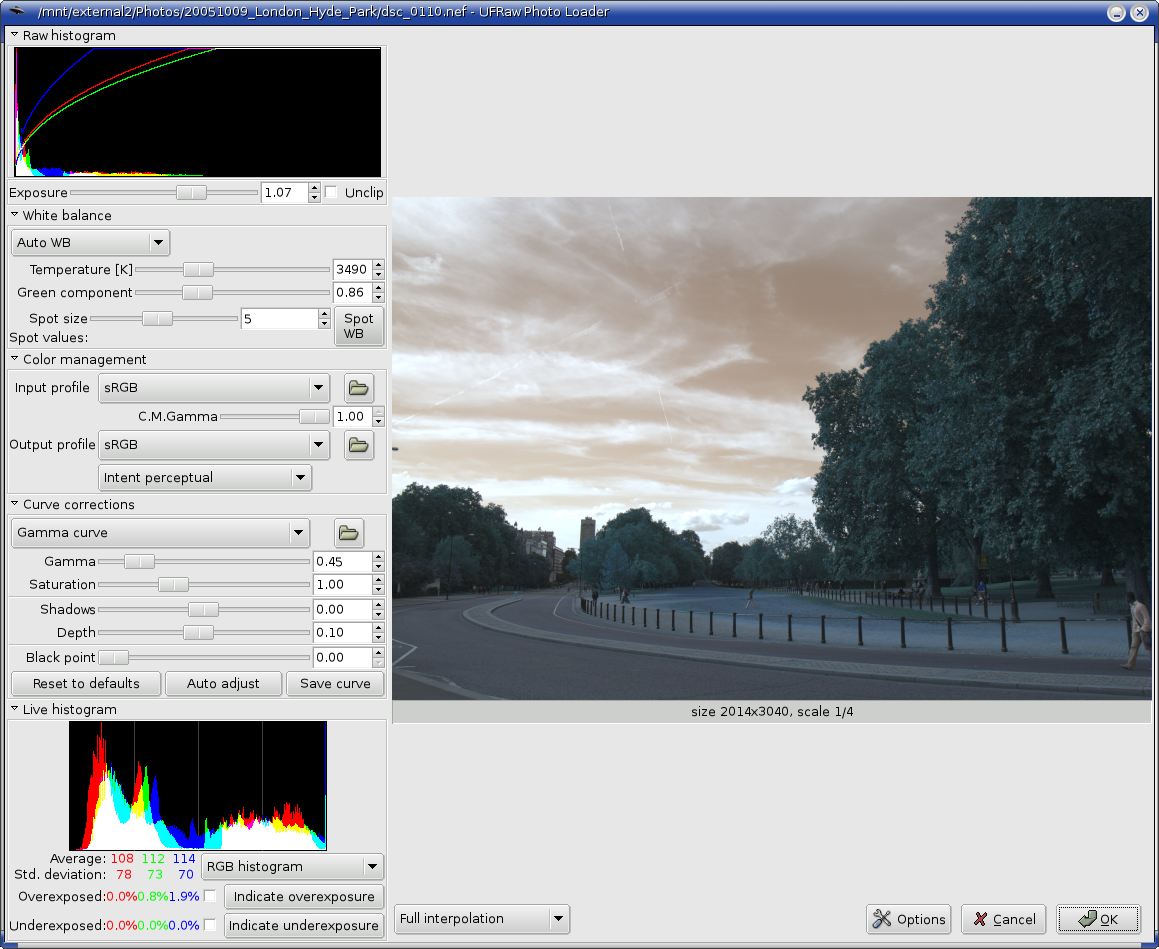 The cause of the problem is explained here:

They refuse to disclose how the white balance is encoded in their RAW files -- only "bona fide software developer" can get that information, under a non-disclosure agreement.

Maybe I should have bought a Canon...

However, later in the same page: 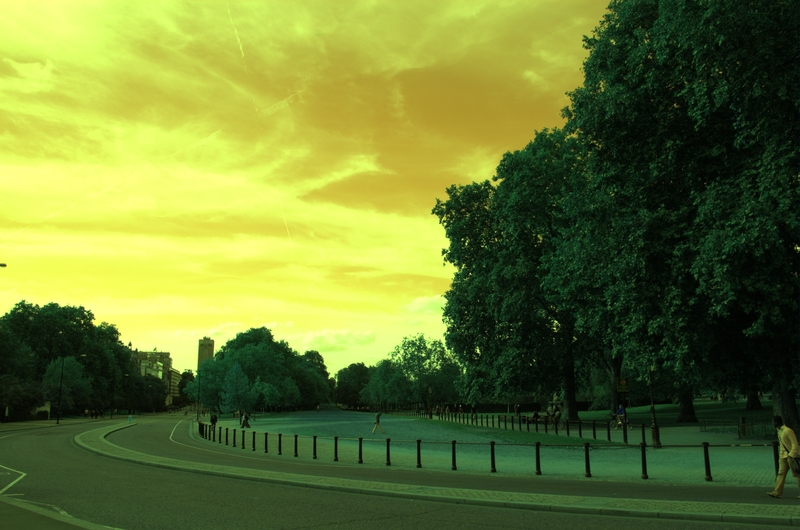 Well, maybe I should have bought a Canon.

No, this is not the latest version of dcraw: 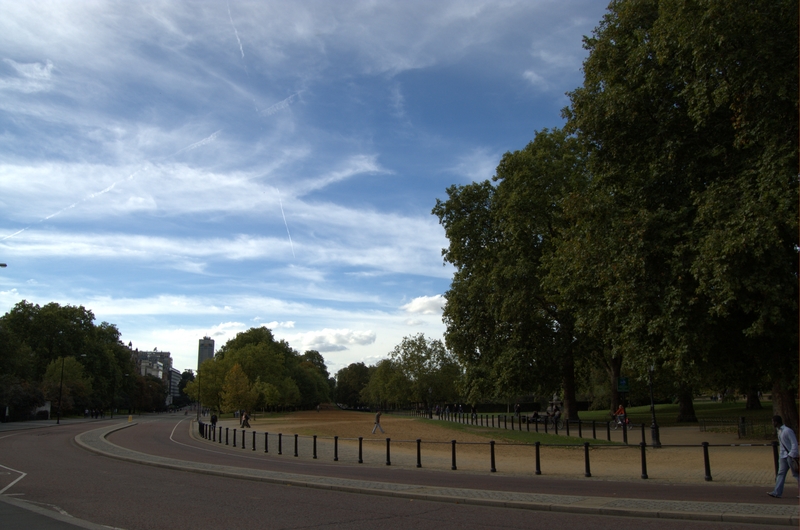 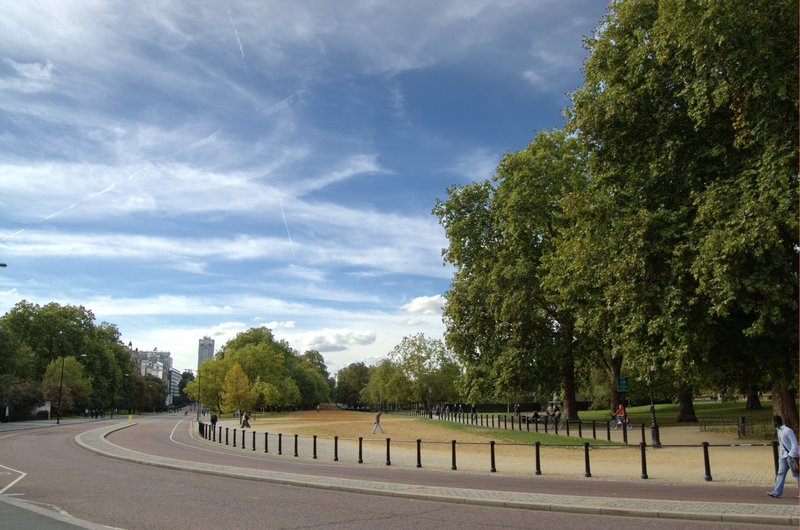 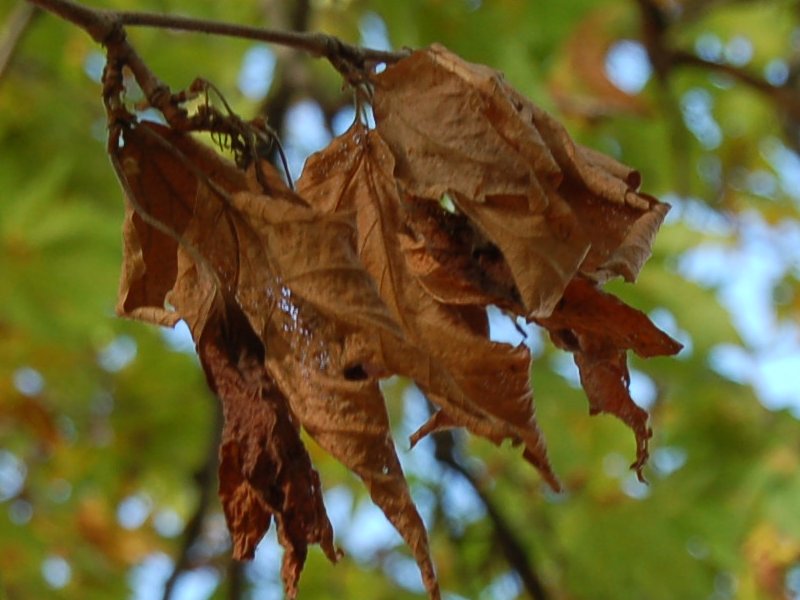 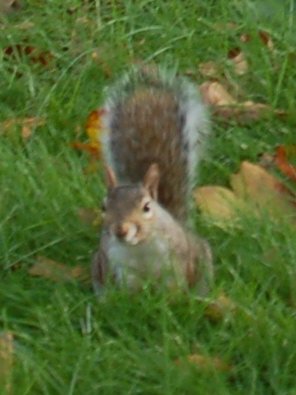 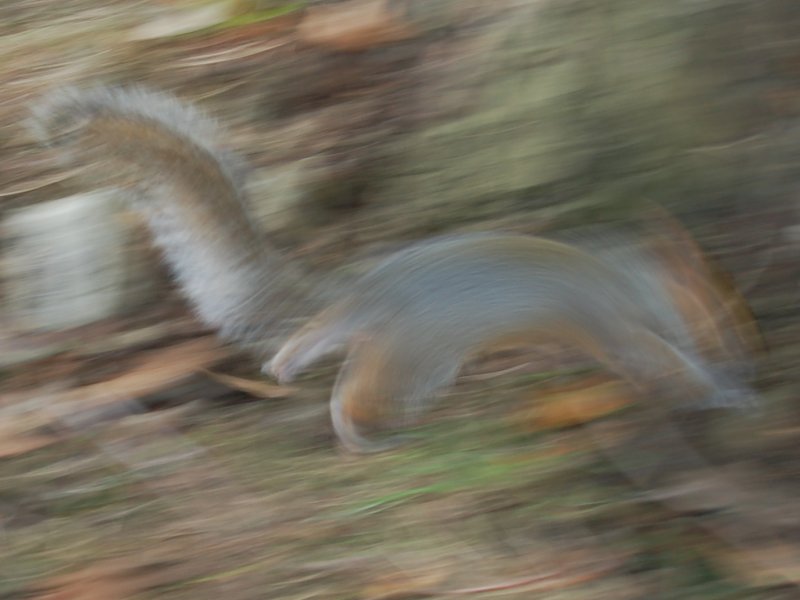 Digital SLRs do have an advantage on compact cameras: the A and S modes (there is absolutely nothing that prevents camera manufacturer to provide this on their compact cameras).

There are other advantages, that I have not looked into yet, such as the ability to use filters (some of my pictures would be much better with a polarizer! -- but, actually, it is the only filter that a digital photographer would find useful: the rest can be done afterwards) or to use other lenses.

There are some drawbacks, though, such as the bulkiness, the frailty and the unreliability of this material.

Other points are quite irrelevant: the larger resolution does not really bring a noticeable increase in picture quality (the pictures from my previous camera were already good); it increases the time required to process the pictures; it allows you to crop the picture in a much more radical way.

The raw format is also useless, at least for me -- it is too cumbersome to use and the policy of the camera manufacturers to restrict the way you use it really does not help.

Lastly, the interface between camera and computer could be improved: why is it impossible to control the camera from the computer? (This point is dear to me: a few years ago, it was part of my job to control a camera from a PDA and we had to go through long negociations and a NDA (Non-Disclosure Agreement).